Film recommendation:  Solar Gard True Vue 30 or True Vue 15 depending on the amount of exterior reflectance(mirror) and interior light levels. 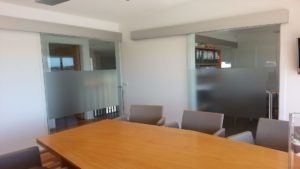